It’s called Venus of Willendorf and it’s a 30.000 years old lady. The four inches tall woman is a fine porous oolitic limestone statuette found about 30 meters above the Danube river (Austria) in 1908.

Due to her age and her prominent female features she became the main symbol of the Paleolithic art, obtaining a strong charming identity.

The red ochre colored statuette consist of a portly stylized woman in upright position. What catches the attention at first sight is the preponderance of spherical shapes such as the hypertrophic accommodating fleshes of the breast, belly, legs, and buttocks. Her face is not visible because of the bizarre headgear or elaborate braided hairstyle, which covers her whole sphere-shaped head. The whole figure is symmetrical and can be virtually contained in a lozenge shape, as it happens in most of the Paleolithic art pieces.

The oolitic limestone, of which the Willendorf Venus consist, has been probably brought in the area in which it has been discovered, from another location. This means that the carving was not done locally. Thereby we presume the nomadic nature of their society. Stone Age societies survived through hunting and gathering. As a result a Stone Age woman would not have had the opportunity to get that fat, unless she had some special status; in addition, all of the few Paleolithic male figures in sculpture and engravings is shown slim. So, the question is: does the Willendorf Venus represent a specific person? On the other hand, assuming that women do not need to gather and hunt and have their needs met by men, they would have had the opportunity to get fat. So, what if women played a dominant role in Paleolithic society? A matriarchal society suggest us a different way of perceiving the femininity and female body as well.

THE FIGURE OF VENUS AND THE FEMININITY Venus comes to our mind as the Classical goddess of sexual love and beauty and she’s usually depicted as a nude female who covers coyly her breast, and pubic area. The Willendorf Venus, instead, is holding her breast with both of her thin arms as if she’s offering them. Also, her pubic area looks protruding and abundant; in fact the name “Venus” may come from “le mont de Vénus” that is the French term referring to the mons pubis. The emphasis on her genital and feminine features suggests fertility and procreation as focus of the Venus of Willendorf sculpture.

“She also exhibits, in ways that are at once appealing (to most women, perhaps) and threatening (to most men, perhaps), a physical and sexual self that seems unrestrained, unfettered by cultural taboos and social conventions. She is an image of “natural” femaleness, of uninhibited female power, which “civilization,” in the figure of the Classical Venus, later sought to curtail and bring under control” (Christopher L. C. E. Witcombe).

Probably identify the chubby Willendorf lady as a Venus was a chauvinist joke that underlines how the female sexuality and femininity have been imposed by a patriarchal culture. Despite it, while looking at the statuette I noticed a blurry likeness between her breasts and the glans of the male penis. Is it an intuition or pure contingency? Also, what if the red ochre color of the statuette has something to do with menstrual blood? Could the emphasis given to the Venus of Willendorf’s vulva, the glans resemblance, the blood, and its tiny dimension be somehow connected one to each other?

Spiritual and mystical concepts, like so the later immanentism and paganism, aren’t the effect but the cause of feminine representations; that’s why rituals’ fetish figures becomes distinctive icons. Paleolithic female statuettes are use to be perceived as similar and with an unique meaning; each one, instead, might have a different function. The ochre color could suggest a connection with the soil. May the Venus of Willendorf be planted in the fields, as good omen for the harvest? Or could she be a fetish figure used to protect the abode, as some Siberian tribes still do? Other potential theories are the use of the statue as tool for magical purpose such as rituals and burials ceremonies. Broken-head statuettes and headgear/braid of Willendorf Venus look like adornments, have been found in Stone Age tombs by archeologists. 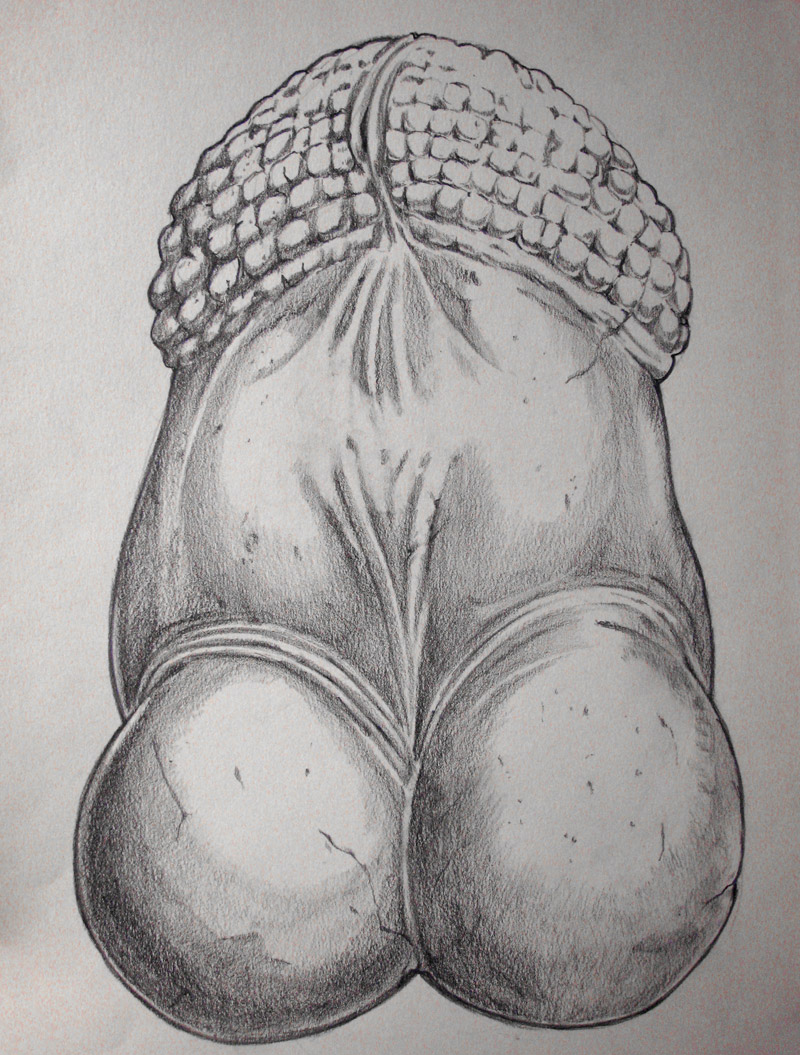 In this abstract from the book “Dio è nato donna” (God was born a woman), Rodriguez puts the focus on the importance ascribed to the magic and its revelations, in Stone Age culture. He thinks that a fetish figure means nothing till somebody gives meaning to it. That said, we assume that all the hypothesis of our times about the meaning of that statuettes are related to our knowledge. What if we think about those statuettes in a society with less abstruse basis? Could be feasible to hypothesize the iconic feminine lady as a unconscious sexual fetish figure?

According to Freud, a fetish figure is a tool, or image, used as symbolic substitute of those objects assimilated by our mind as the first sexual impressions. Those impressions are constantly evocated, thereby permanently acquired. In that way the impression became a habit.

A habit is basically the abode of human fears. The fetish figure represent the escape from a phobia and it compensate an unconscious emptiness. The idolization of the female as sacred feminine is a partial and phantasmal reaching of the narcissistic regression, caused by the psychoanalytical castration threat.

So, could the Willendorf lady figure be an attempt to fill up unconscious emptiness through the medium of a symbolic, idealized “Mother Earth” statuette?

The brazen Venus is now in Vienna’s Naturhistorisches Museum where she shows itself in her own temple, wrapped in the darkness of her mystery, illuminated from above.