The mosaic from the entrance wall of the Mausoleum of Galla Placidia in Ravenna (Italy, ca. 425), represents Christ as a Good Shepherd. The figure of Christ, which is placed in the middle of the mosaic, is seated on a rock and leans against a golden cross. He’s beardless and wearing a golden and blue tunic: a symbol of his sacredness and regality. The glowing nimbus, according to Christianity, means sanctity. Around him stands his herd of sheep. The image is an allegory: the Shepherd guides his herd as Christ minister to his devoted crowd. The scene is plotted in a schematic landscape which consists of sporadic rocks, bushes, and grass. 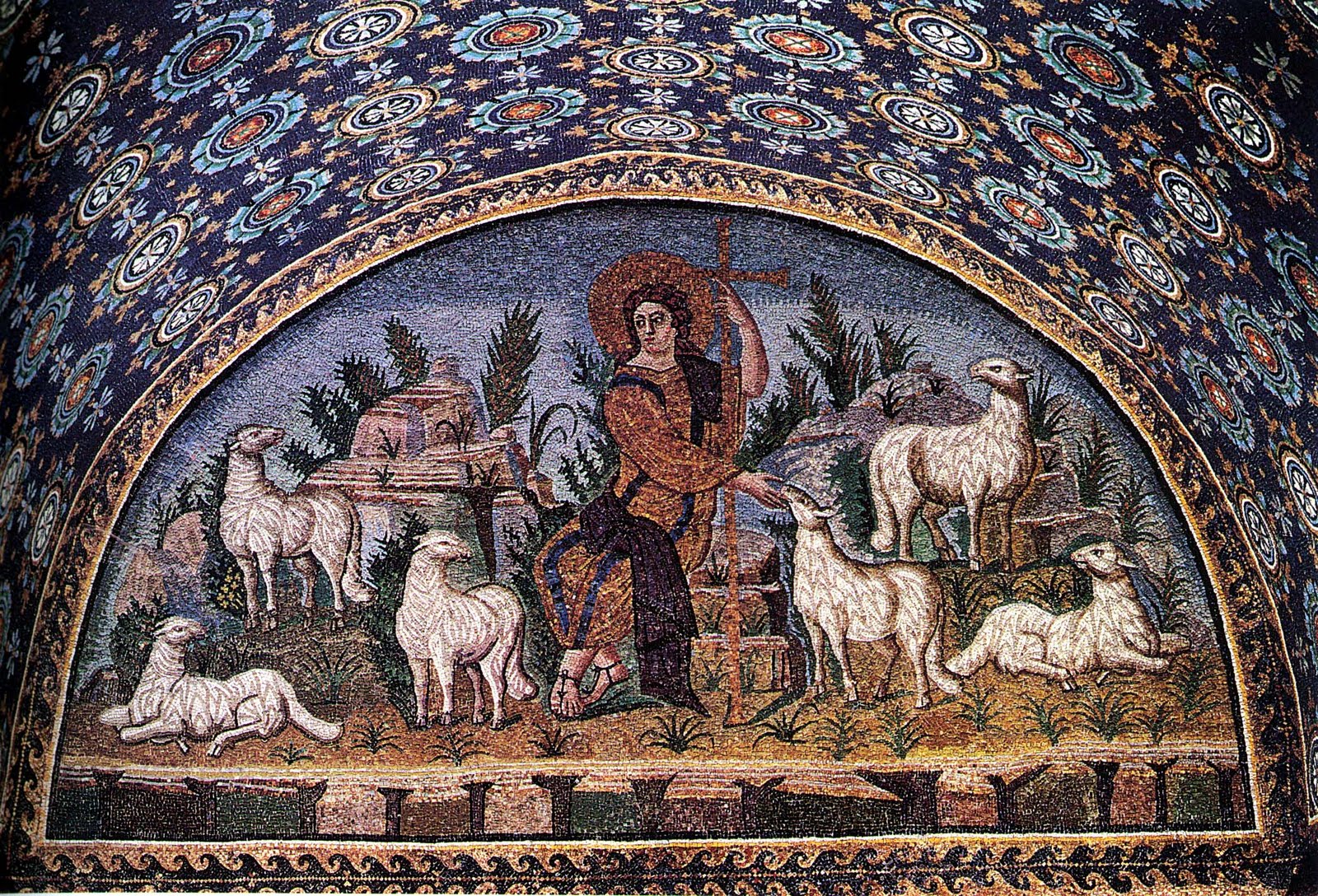 The Byzantine piece is plain compared to Greek and Roman sculptures. Still, there’s a connection with their naturalistic research. The image is quite sophisticated in terms of style compared to the earlier paintings found in Christian catacombs. The composition is innovative, in fact, the figures are placed in several levels (spatial dimension). The plastics figures, instead, embody a research for motion (temporal dimension). Christ is looking in the opposite direction of the cross (left), while his body is turned to the right. Also, his crossed feet confer dynamism to the figure.

This piece caught my attention because of the gradient mosaics used for the sky. The tessera, which gradient from light to dark azure, “suggest three dimensionality and illusionism.” (Forman) The same technique will be used in 1904 by the figurehead of Catalan Modernism Antoni Gaudí in the wall covering of the staircase of Casa Batlló. In both the Byzantine and Catalan pieces, there’s a strong research for nature and the mosaics gradient is used as connection toward the sky.